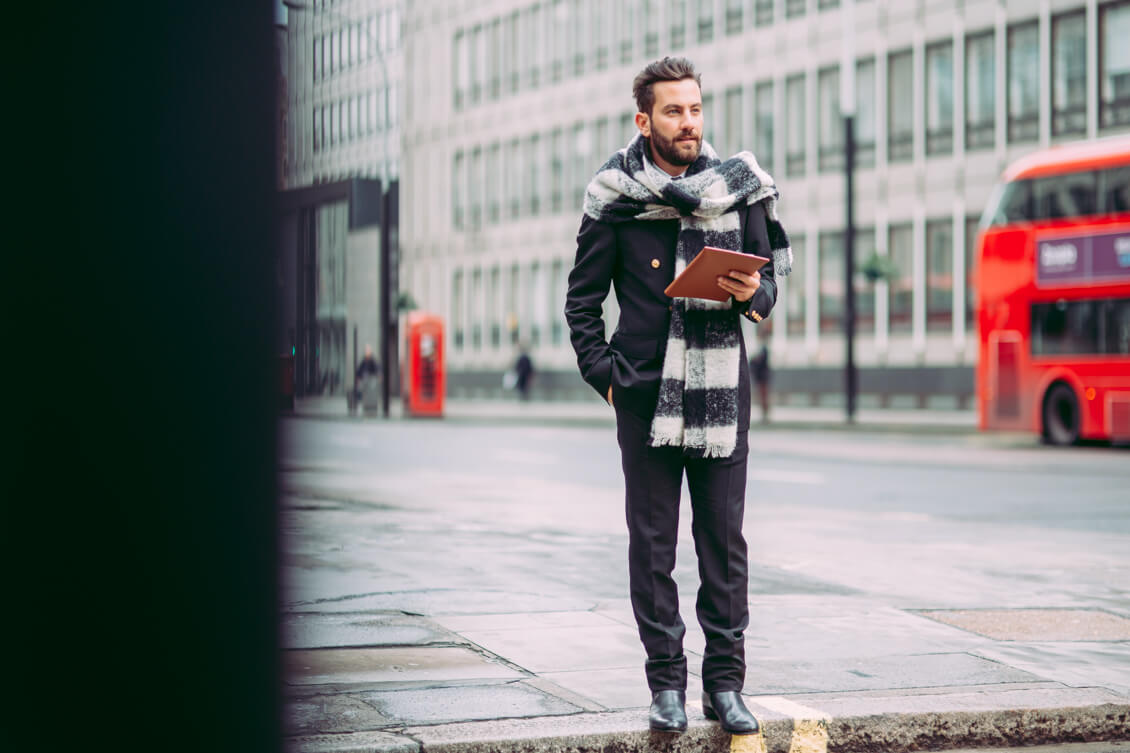 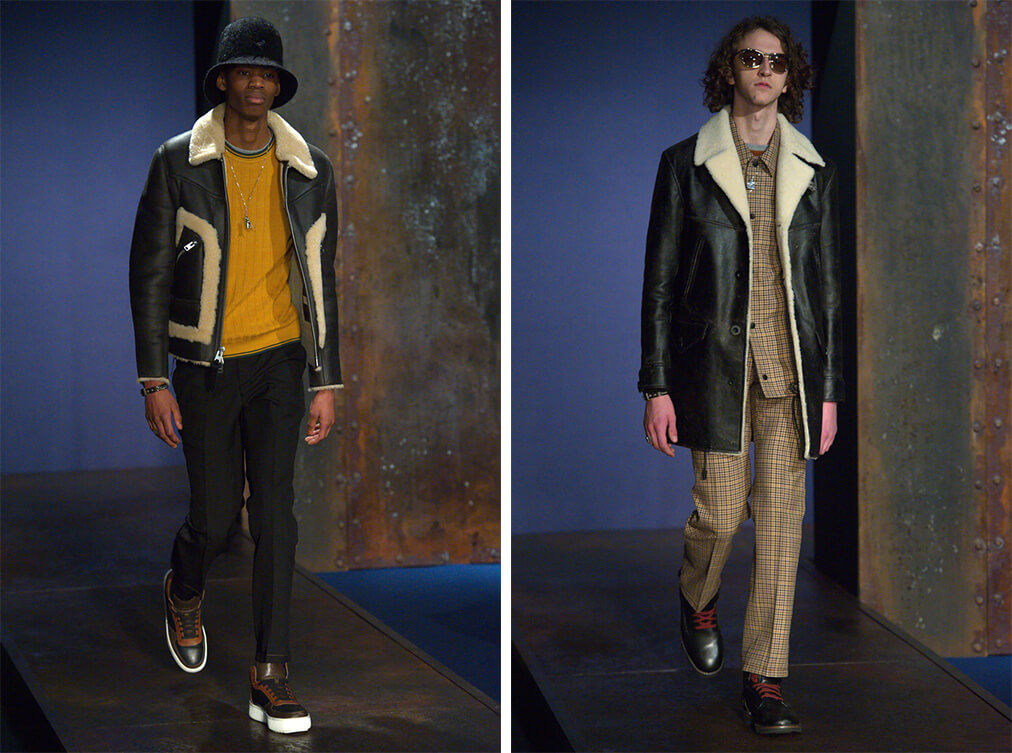 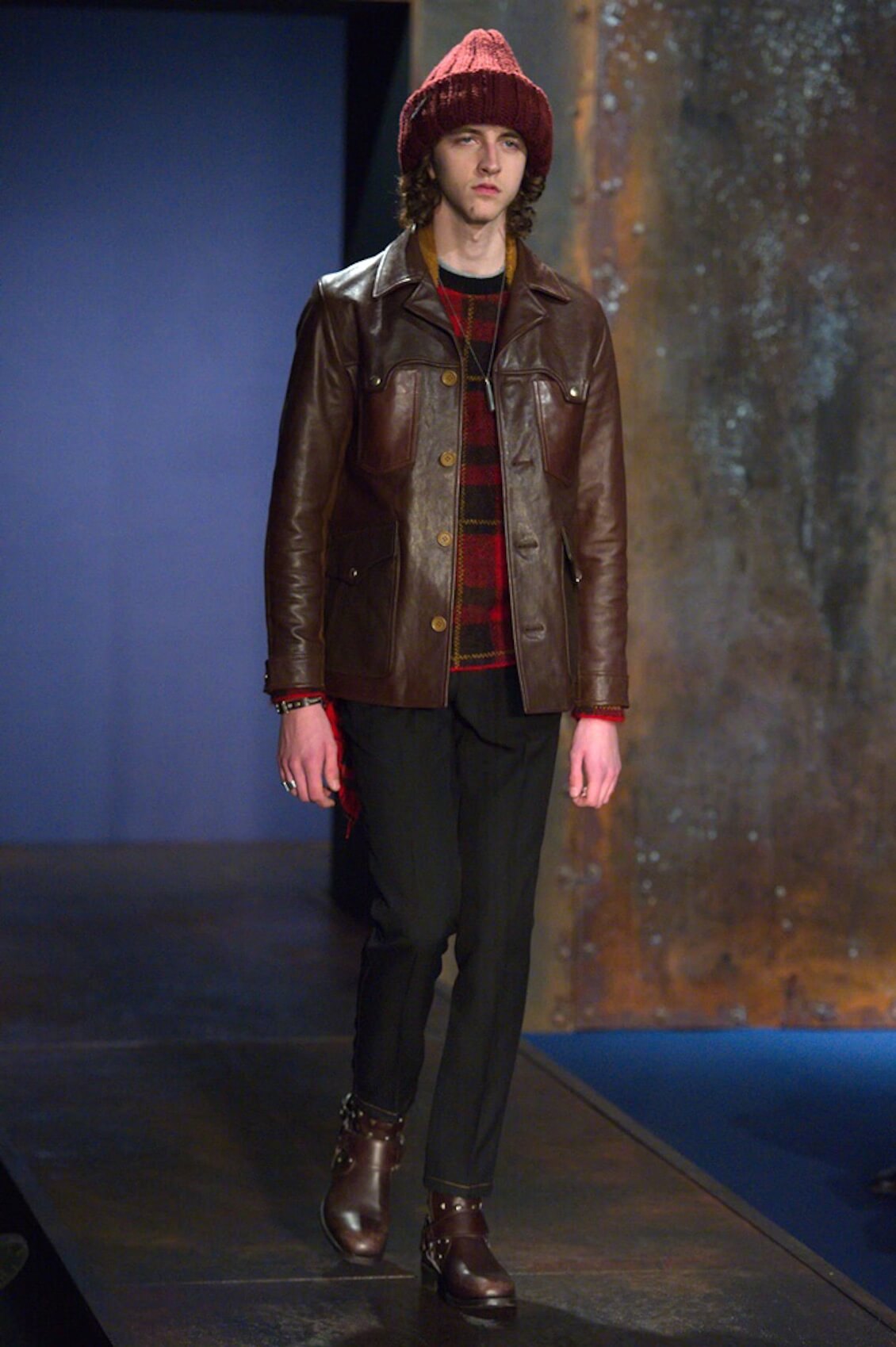 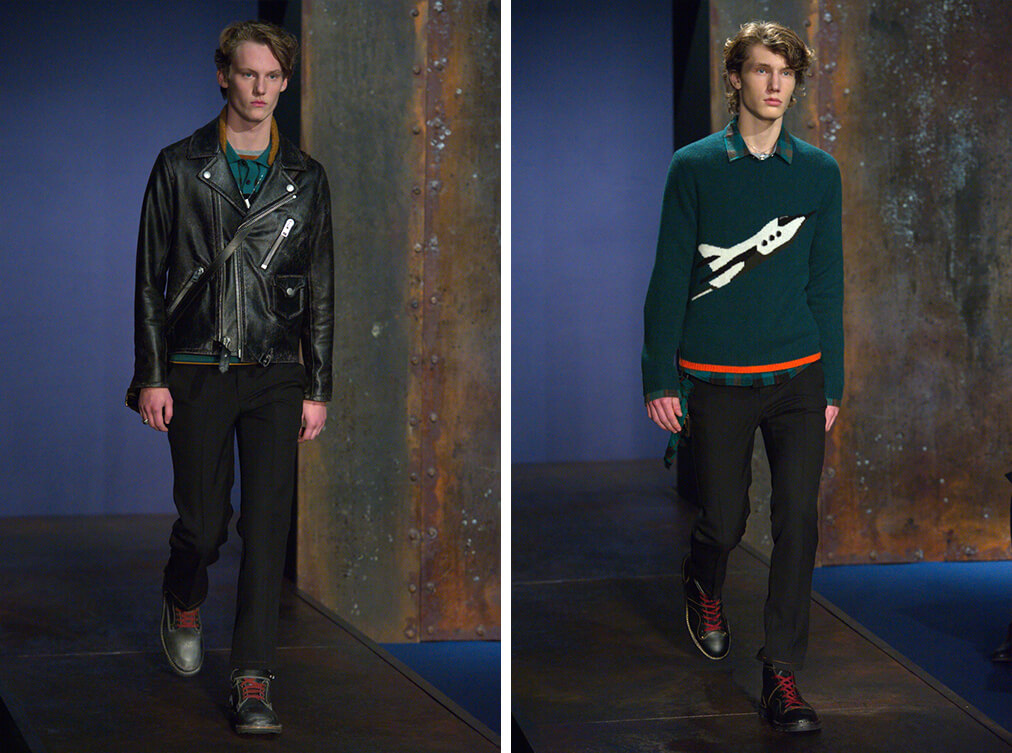 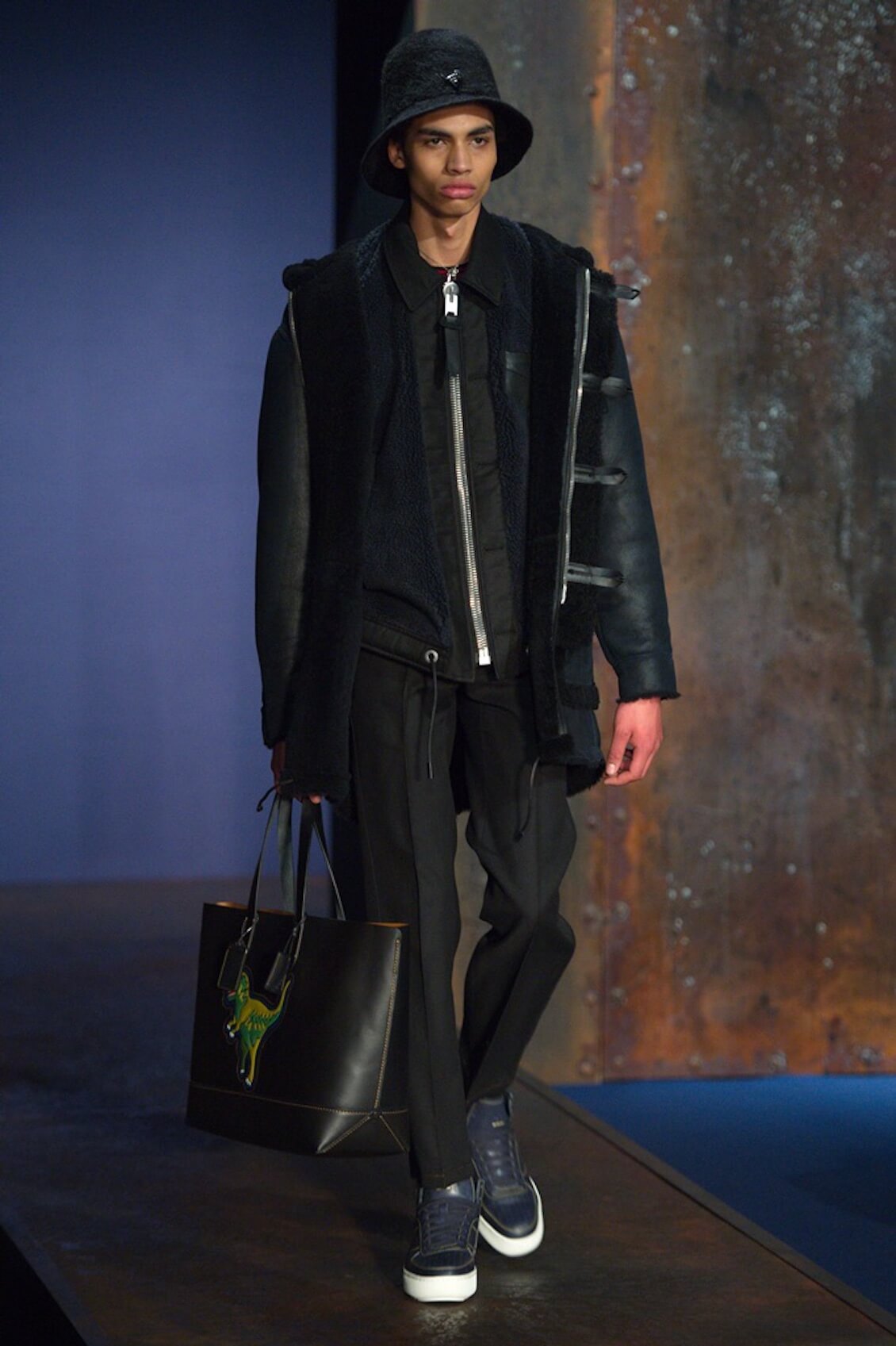 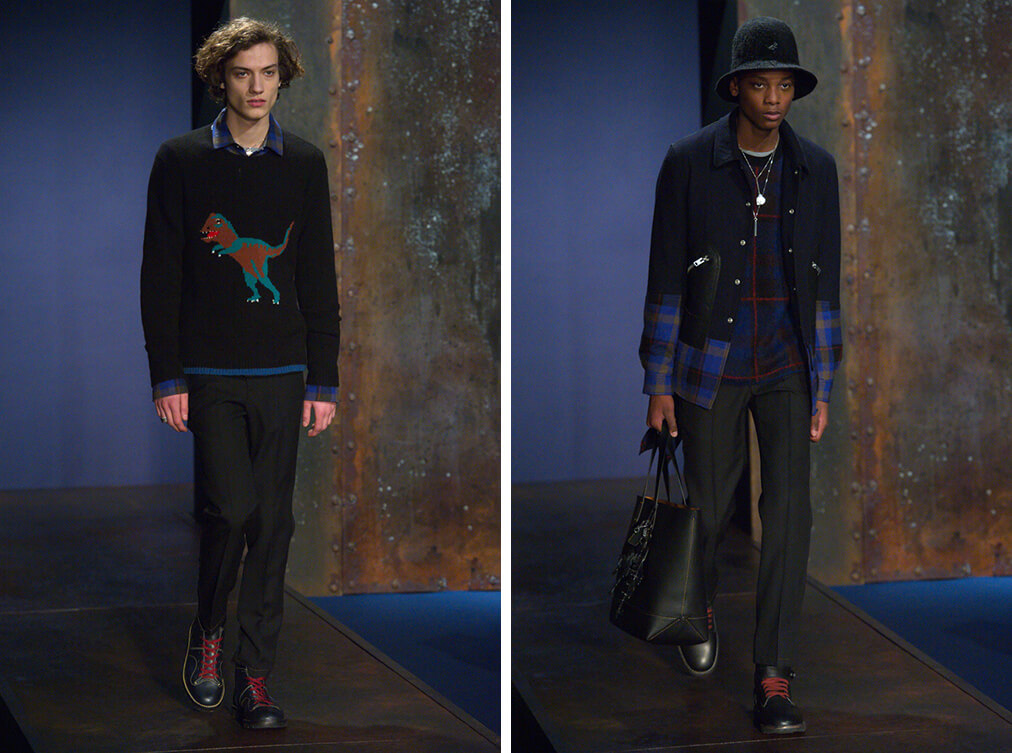 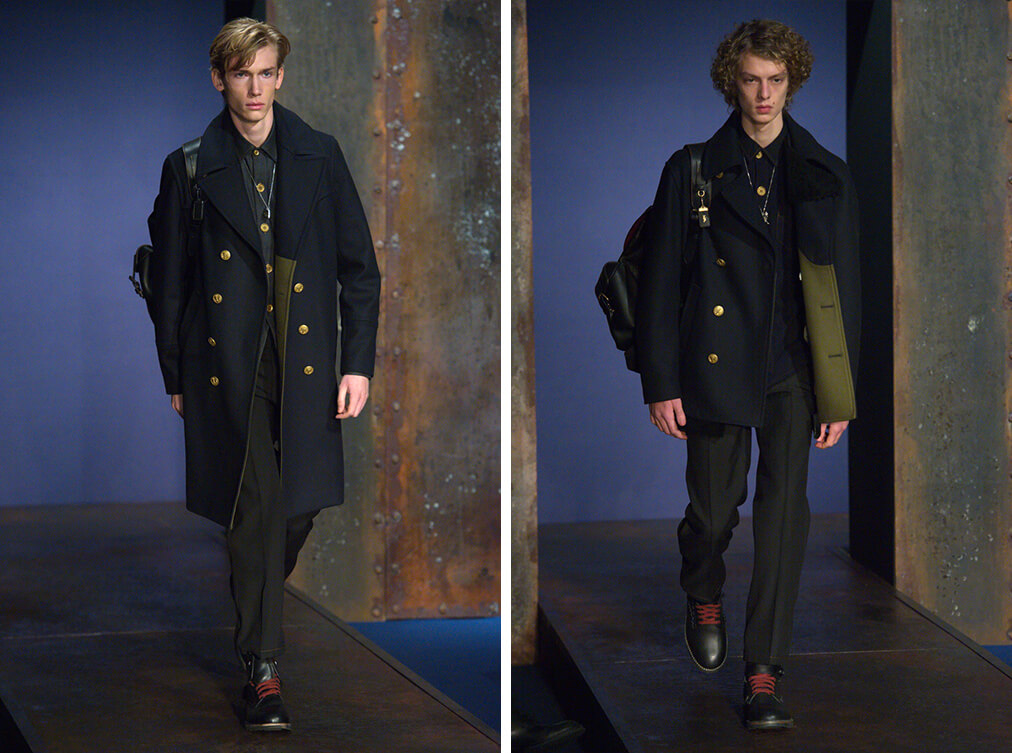 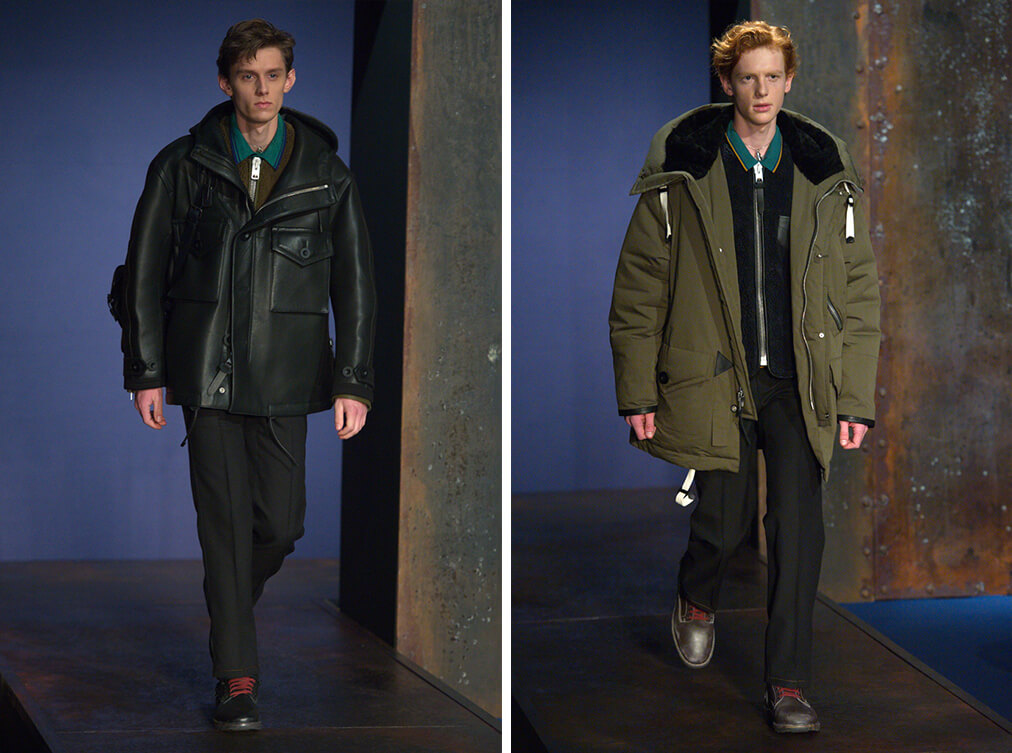 Without any doubt the Coach show in London is one of the most sought-after shows during London Collections Men. It has it all! From dazzling celebrities (including David Gandy, Tinie Tempah and Raleigh Ritchie) to top models on the catwalk, buzzy fashionable crowds in and outside the show space and most importantly a stand out collection, season after season. The Coach menswear Fall16 collection was shown during LCM last Saturday at Lindley Hall, South-West London.  Coach, famously known for their outwear jackets didn’t fail to impress once again this season. Everything from the shearlings to leather jackets were seductively enhanced with reflector strips, big pockets, elbow patches and oversized promotions yet with almost a naive simplicity.

The collection is a juxtapose of USA East Coast blue collar meets a young Bruce Springsteen, with a nostalgic nod to Hip Hop rebellion. Creative director at Coach, Stuart Vevers gave his own twists of his everyday American heroes, like the dinosaurs and rockets prints on the knitwear, blowing up to their ultimate expression in cartoons and embracing the authenticity and character that comes of imperfection. What a show! I cannot wait to fight the cold in those stunning long coats!